How will you respond?

How will you respond if you are the first, second, or third officer responding to an active shooter situation? The majority of the school shootings/ active shooter events in the United States have been carried out by a single crazed individual and were not coordinated.

In the rare instances where there has been more than one shooter the cowards that carried out the attacks were not hardened fighters, but rather crazed/ suicidal young men. Contrast this to the coordinated attacks that have been carried out globally by Islamic extremists. Many of these attacks were carried out by over 30 hardened veterans of global jihad.

Why does it matter?

So why does knowing the tell tale differences between a suicidal lone wolf attack and a coordinated Islamic terror attack matter?

First, it matters because the islamists have publicly stated that they want to do the same to us as they did to the Russians at Beslan (probably the worst school shooting in history).

Second, it matters because as the first responder your actions will set the tone and either help end the situation quickly or you will be added to the list of victims.

Lets look at two different hypothetical scenarios. In the first scenario an officer responds to a call of shots fired in a school. The officer makes entry into the building, hears gunshots, advances to the sound of gunfire and confronts the criminal who either kills himself as soon as he realizes that an authority figure is there to stop him, or is quickly engaged and killed by the officer.

For the second scenario the same call goes out, the same officer responds, hears no gunfire inside of the building, makes entry and is immediately killed by a barricaded shooter with a rifle. The second responding officer makes entry only to be engaged and fall next to his brother in arms.

What do the third and fourth officers on the scene do? Do they blindly run in, or do they recognize that this is a coordinated attack, regroup and counterattack asymmetrically.

Here are some of the signs that you might be dealing with a coordinated attack.

In the next installment we will talk about putting together an adhoc team, using multiple entry points, and quickly counterattacking before the enemy has time to fortify their position further. 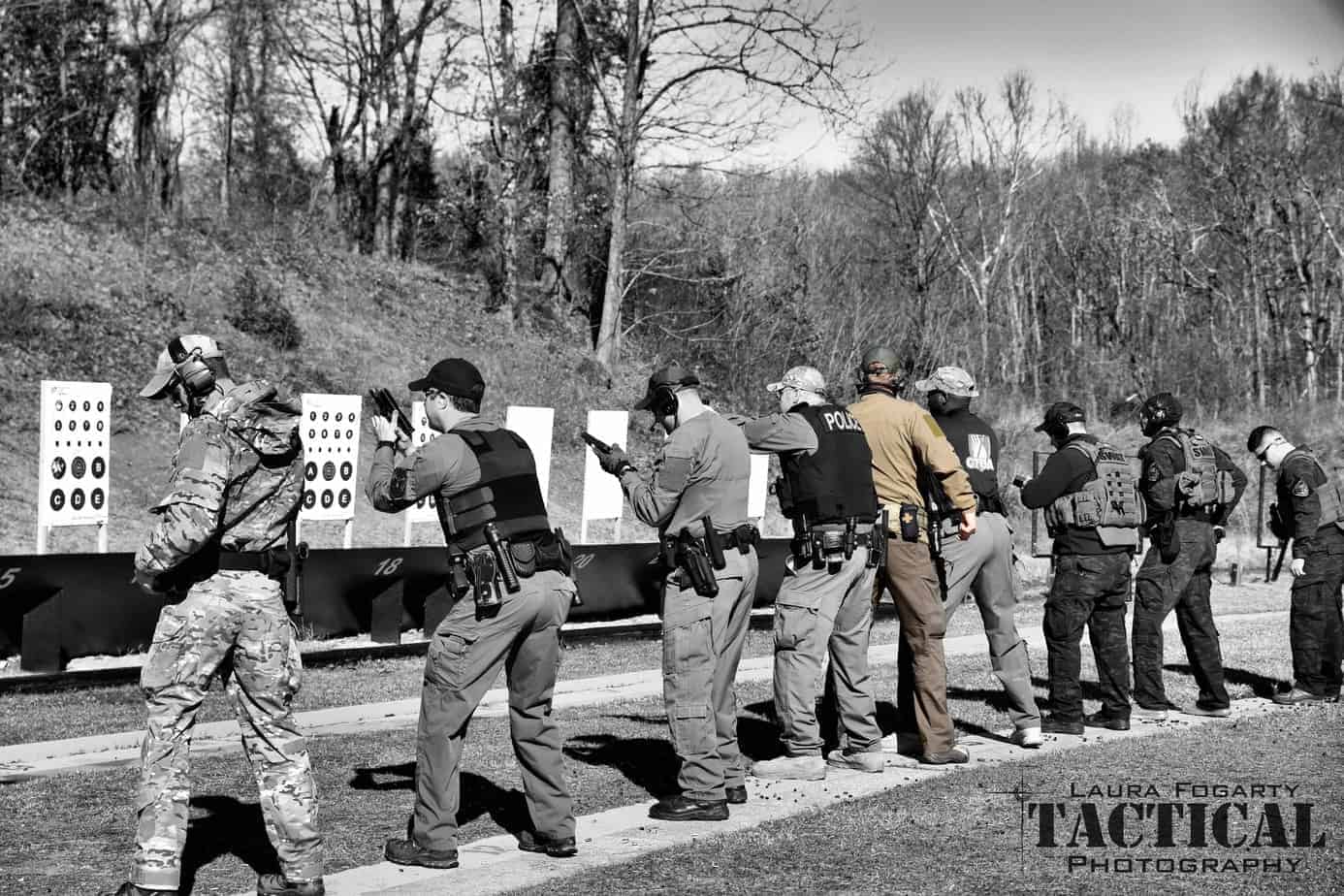 This custom, LEO/MIL only, two day course.This course is designed to teach law enforcement and military professionals the tactics and techniques they need to stay alive in an increasingly dangerous

This course is designed to teach law enforcement and military professionals the tactics and techniques they need to stay alive in an increasingly dangerous workplace.

Most “gun guys” think that when faced with a situation that requires deadly force the answer is always “gun”. The reality is that this line of thinking will likely get you killed. This course will teach you how integrate empty hand techniques with blades, improvised weapons and firearms. You will learn to fluidly transition from one tool to the next based on what is situationally appropriate. We will then pressurize these techniques with challenging force on force drills.

This is a physically demanding, hands on course that will elevate your situational awareness and shooting/ fighting ability to the next level.

Get updates from Bill

Subscribe to hear about upcoming courses, articles, videos, and products...

Success! Now check your email to confirm your subscription.